Want to e-mail someone ?  firstname.name@inrae.fr

Colin Bouchard obtained his PhD in our lab. He has developed analyses regarding the effect of spatial aggregation on population dynamics and individual fitness in Atlantic salmon, using both long term monitoring and experimental approaches in natura. He also worked on synchronized dynamics between Atlantic salmon populations during a first Post-Doc in Berkeley with Stephanie Carlson. He is now back in our lab for some experimental work on the effect of toxics on glass eels swimming behaviour.

Charlotte Evangelista is a freshwater ecologist with a research background on functional and trait-based ecology. Using a combination of fieldwork and experimental approaches, she focuses on the consequences of intraspecific variability for the higher levels of biological organization. For instance, how do human activities modulate trait variability within species, and from there, key ecosystem functions. Charlotte just joined the international lab “MacLife” with Mathieu Buoro, Albert Ruhi and Stephanie Carlson (UC Berkeley, US). Her project examines the effects of drought on predator-prey interactions, benthic invertebrate community composition, and fluxes of emerging aquatic insects that fuel terrestrial food webs. 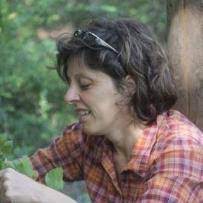 Sylvie Oddou-Muratorio is a population geneticist, and in charge of the scientific lead of the lab. She is interested in estimating “real time » eco-evolutionary processes contributing to adaptation of diadromous fish populations to their environment, and in developing process-based models to predict the ecological and adaptive dynamics of these populations.

Françoise Daverat is versed in the study of sclerochronology, which is the analysis of the structure and composition of calcified structures (scales, otoliths, fin rays), to infer retrospectively individual traits such as habitat use patterns, natal origin, growth patterns. Such knowledge helps revealing the adaptative value of alternative life history tactics among within diadromous fish species in contrasted contexts, including anthropogenic stressed environments.

Natach Nikolic was also recently hired in our lab. She investigates the evolutionary history of aquatic populations through the analysis of past genetic diversity, gene flow, effective population size, and related adaptive responses, so to better understand the current effect of anthropogenic and environmental pressures on fish populations.

Jean-Christophe Aymes specializes in the study of fish scales and otoliths to investigate life histories of anadromous fishes. He is also the manager of our experimental facilities. 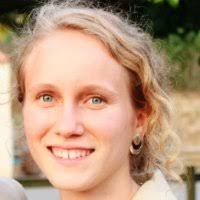 Charlotte Récapet oversees symposium participation for all the lab and students. She is interested in the effect of energetic and physiological constraints on individual fitness, and in charge of developing Dynamic Energetic Budget models. She is also the responsible of the « Biologie appliquée aux écosystèmes exploités » Licence.

Mathieu Buoro monitors the scientific production of the lab. He is particularly interested in the (meta)population dynamics, evolution of life history strategies, dispersal tactics and response to selection. He is a co-PI of the MACLIFE International Lab with Berkeley and Bilbao.

For more information, visit the personal website and GitHub

Matthias Vignon investigates morphometric variations and patterns with regard to various various environmental stressors along developmental pathways. He is also in charge of the DYNEA Master 2 (Management of Aquatic Ecosystems).

Joëlle Chat is a molecular biologist in our lab. She investigates population genetics with a specific focus on dispersal and origins of individuals. She also develops paleogenetics research in Brown trout.

Cédric Tentelier is the co-head of the lab, he is also co-responsible for the MASTER mention « Sciences de l’Eau ». He is primarily interested in behaviour, information use and variation in foraging or reproductive strategies. He is one of the PIs of the MACLIFE International Lab with Berkeley and Bilbao.

Etienne Prevost develops research on population dynamics and evolutionary demography mainly by means of modelling. His focus is on the effect of climate change and fisheries in Atlantic salmon, and applications to management advice. He is also in charge of our long term monitoring in the ORE-DiaPFC river networks, and of our R&D joint efforts with the French Office for Biodiversity (OFB).

Valérie Bolliet investigates the role of metabolism and energy content on individual behaviour. She is also responsible for the Licence « Biology of Organisms ».

Agnès Bardonnet is the scientific advisor for experimental facilities. She focuses on early life stages ecology, behaviour, and sex determinism.

Jacques Labonne is the head of the lab. He develops research in demogenetics, behavioural and evolutionary ecology.

Philippe Gaudin is the former head of MIRA Research Federation, and former PI for the Polar Institute project SALMEVOL. He is interested in behaviour and traits variation on colonization fronts.

Jean-Claude Salvado is the head of the Biology Department for teaching. He is interested in molecular biology and transposable elements.

Laura Taillebois was a post-doctoral research in the lab focusing on the contemporary and past dynamics of hybridization between two declining shad species. Laura developed skills in fish molecular ecology and evolution in her former experiences at Charles Darwin University in Australia and National Museum of Natural History in Paris.